The wait for the next patch is over as version 3.17 was released to the PU yesterday. Already there are scores of reviews out, lol. Many of the folks with less than tech savvy credentials once again try their best to ding CIG, here is one that forgoes that drama. 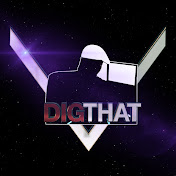 Found this little song and dance on the RSI website in the Community Spotlight.

6 TIPS that will make your Experience 23.7% more ENJOYABLE.

Additional tip: When drinking a fluid, if you press and hold the LMB at the beginning, you can gulp down the whole bottle or can nonstop.

Tier 1 of my network upgrade with OpenWRT appears complete, my comings and goings online should now be nearly invisible! Disabling what MSI claims to be a LAN Manager completed the updates. And voila – no more 16008!

Just in time too, as a new patch from CIG was all ready to go. I had an old CCU to an Aurora LN, so I thought starting out in the new patch with its DB wipe (all the goodies you acquired over the past year – poof – gone), along with the new yet to be completed inventory system, that going back to basics seems like a good idea. My first million – all using the Aurora LN.

With a quick upgrade of the LN’s power plant using a spare regulus I had laying around my hangar, I quickly found a flight suit and headed to the Lorville hangar bays.

Truth be told, patch 3.14 ranks right there along with the original 3.0 patch. While 3.0 was less than playable and failed to live up to the hype surrounding its release(CIG failed to acknowledge that much of the game play code would need refactoring), patch 3.14 is unplayable due to a rash of ERROR(s)- CIG services(Code 16008). Truth be told, even CIG doesn’t fully understand this issue. After reviewing the RSI Roadmap for clues it would appear the root cause of these issues is the removal of account login in services from the main Dedicated Game Servers (DGS) to the network code in preparation for server meshing.

As described during this year’s CITIZENCON, the concept of a SHARD is being implemented.

The Shard Manager functionality is responsible for creating a shard in the EntityGraph database, ensuring it is “seeded” with an initial population of entities, communicating with matchmaking so that players can join a shard, and talking to provisioning services so that a Hybrid and Dedicated Game Servers (DGS) can be assigned to a shard.

In anyone’s book, this is an extensive and critical update and it is understandable that this uprooting of account login procedures and refactoring to implementing a “SHARD” is consuming quite a bit of time. Not only is populating a new database time consuming, but I suspect that the account login procedures were not thread safe, and difficulties have arisen as to the best way to deal with event signals that never occur. Better them than me.

The 3.15 PTU exhibits the same issue, but the problem has been greatly reduced. In 3.14 I was lucky to login about 5% of the time, now I seem to get lucky with 25% of my attempted logins.

The good news is that FM is looking sweet, we haven’t seen ship performance at this level since prior to the 3.0 patch. 3.15 promises to add back in differences in shield performance(A,B,C,D) and hopefully stealth game play.

For now, I have taken my light sabers out of storage awaiting CIGs completion of the necessary refactors on their way to server meshing.

After over 10 days of sheer agony over Code 16008 I finally logged last night. Not much to buy at Orison yet, and the climb out of the atmosphere was over an excruciating 750Km! Must be a bug.

This issue is caused by an incorrect obstruction radius around Crusader. This will be resolved in the next PTU release (most likely after the weekend) to place it closer to 150km instead of 750km above the planet. For now leaving atmosphere when at Orison may take much longer than intended. This may also make spline jumps to Orison impossible for now.

My previous brief initial test of the new Power Triangle feature suffered from a bad keyboard mapping, the default bindings do not match previous settings or the keymap! Thus I was powering up my shields, not my weapons and left scratching my head as to why shit wasn’t working. That’s free flight test mode for you and a quite prudent step, the key bindings have changed significantly, so imports may be problematic. A key bind wipe is helpful from time to time.

So WOW, the light fighters are kicken ass! They handle well enough to forgo wasting boost allowing increased weapons power with an occasional shield boost if you get hit. Was having trouble in the hornet, fricken aurora’s were taking me out with missiles. Will need to revist the medium fighters.

So yeah, CIG is getting closer! And yeah, this to will change.

For the latest update on this patch.

CIG seems to have throttled access to the PTU for at least this wave 1 volunteer. I did get an early chance to tour Orison, an expanse much to large to navigate on foot. I am not sure what the static about shuttles on Orison was about (glimpsed on one of Lando’s shows a week or two back), but yeah, there were shuttles. Did I say the place was HUGE?

Accessing the PTU is spotty at best as various backend services are being outfitted with the Steaming Entity Graph objects or are being used to gate traffic until the DB upgrade is complete. The SEGs were formally known as icache. The store’s structure seems to be largely complete wrt to this patch, but I suspect much data has yet to be transferred. Checks of the various components reveals that some components may not differentiate themselves much if at all. Some on Spectrum have posited work scheduled for 3.15 may be being moved forward and tested.

Let’s just say that it is not likely that CIG would be experimenting with 3.15 features while 3.14 remains languishing in the PTU. Far more likely is that loading up the SEG requires far more data than originally anticipated, it is a DB after all! Equally likely, there are 3.15 core features needed now and CIG is correctly biting the bullet and is spending the time to get the Steaming Entity Graph objects completely integrated into thousands of entities that now comprise the game.

As of this update, backend server login servers are up and running while character generation is not. It is also unlikely that the ship refactoring for the “capacitor” update is complete. My initial bounty run featured TTK times are bit too long for my liking. AC and SM also spawn your toon in a vacuum and thus neither is playable at this time.

Looks like a big push to get SQ42 released is on for next year as Sandi and Chris announce they are moving to England next year to be with the SQ42 team.

The long anticipated update to Quantum, the Universe Simulation, the brain child of Tony Zurovec, Directory of Persistent Universe was released today. We first got an introduction to this system during last year’s CitizenCon. Tony brings us up to date and Tony’s choice of metaphors from Quantum Physics is becoming clear. Enjoy!

With the update to the reputation system CIG has filled out the bounty hunters game play with a new UI and mostly all new missions, including some missions which are on the ground in some of the caves – also new for this patch.

An early issue with the insurance claim system failing to insure critical ship component upgrades and the return of the dancing hornets(spoke too soon) are two confirmed IC issues that seem to have been quickly fixed after a hot patch.

There are some notable improvements with the HUD for Quantum Travel as you no longer need to set a way point to jump to various targets and game locations, just point and click. Setting a way point still lays out intermediate jumps automatically for you to follow, but long gone is the pain in the ass by the seat of your pants navigation when the Skyline star map fails to fully function. The star map is still quirky.

Wait time on bounty missions after arriving at your target’s location is a bit too long in most cases. Stealth is working great. There are reports of torpedoes failing to resupply on the Eclipse, but I could not duplicate the problem, instead, noticed rock bottom prices. That stuck ladder on the Eclipse – WTF.

So far the servers have been stable and I have yet to see a dreaded disconnect or crash. So much improved that finally cargo may be an option.

We will be “Yela Yell” with much less frequency!

Had to chuckle at a recent cartoon I saw as it reminded me of the beavis and butthead of the NSAF.

The epitome of Coronavirus-Denier Ted Nugent tested positive for covid-19. After Ted successfully avoided contracting covid-1 thru covid-18 (LOL) he now thought he was dying. I suspect Ted caught the “nothing but the flu” virus during a mask burning party.

Got my first jab yesterday and other than a sore arm, I feel great. If you believe that wearing a mask to protect those around you, or believe that the covid virus is a hoax, or somehow any of this violates your freedom and liberty, you are a fool that cannot be trusted.