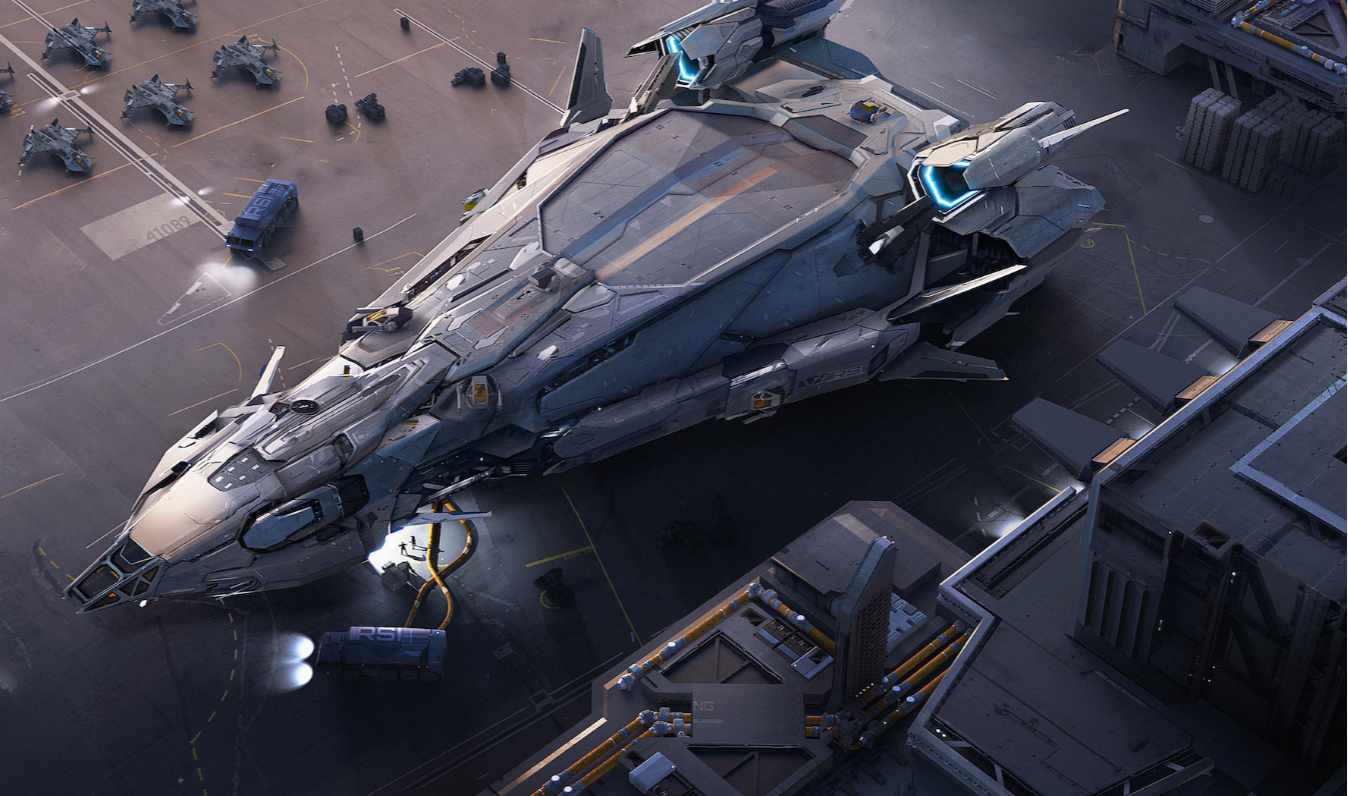 The Polaris is a nimble corvette-class capital ship that packs a powerful punch with a full armament of turrets and torpedoes. Intended for use as both a naval patrol ship and to serve as the flagship of militia operations. The Polaris has the capacity to perform search and rescue operations, light strike missions and general security patrols. The Polaris includes the facilities to repair, rearm and refuel a single fighter, light bomber or support ship.

The Pilgrim “Heavy”, Serial: RSIP-01818, was acquired during the first Militia Mobilization Initiative aimed at arming the civilian population against the threat from the Vanduul. Needless to say I jumped at the opportunity to make the Polaris my flagship.

More recently, I am pleased to announce that Wing Commander Privateers was able to melt some little used hardware and acquire a Banu Merchantman during IAE 2952. The BMM had jumped ahead of the Polaris in CIG’s schedule. Recent news that CIG encountered some staffing issues for the BMM project did not deter the CCU as eliminating heavy fighters from the fleet only increases fleet strength.

While the BMM temporarily languishes due to labor shortages, RSI announced that the Polaris has completed a concept model internal layout rework! The interior was completed reworked and the size of the ship was only slightly increased. The entire lower deck now houses capital class shields, a capital class power plant, and capital class coolers. The landing hangar has been upgraded to size XS able to house a sabre. The brig, first class medical facilities, crew quarters, and recreation facilities remain.

RSI’s announcement was important as RSI has introduced a new modular ship dubbed the “Galaxy”. The announcement has been met with skepticism. Can RSI deliver any ship larger than a connie?

This work allows the Polaris to be inserted into CIG’s schedules as time become available.

I believe having both the Polaris and the BMM as capital ships will be an essential backbone anchoring our fleet. Come join us!